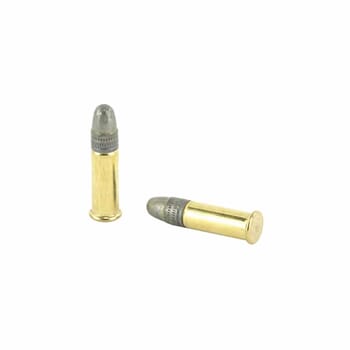 The topic of whether 22 long rifle ammo is a suitable self-defense round has been debated by gun owners for generations. Depending on who you talk to, the answer is always different. Some will look at statistics, yet others will tell stories of the devastating impacts of a .22 LR round bouncing around the body upon impact. Let’s look into the history of 22 Long Rifle ammunition and if it is a sufficient round for self-defense or home defense.

This 22 rimfire ammunition was created in the late 1880’s by Stevens Arms but its origin story dates to around the Civil War. It owes its development to a small company you may have heard of by the name of Smith & Wesson. In 1857 Smith & Wesson developed what was known as the .22 rimfire as the first American metallic cartridge. Loaded with a 30-grain projectile (bullet) the .22 rimfire in the Smith & Wesson Model 1 become a popular private purchase for all the ranks on both sides of the Civil War. For its time it was a formidable self-defense tool compared to its cap and ball counter parts. Soldiers preferred the 22lr ammo over the cap and ball because their ammunition would no longer be subject the elements such as rain and snow that would cause misfires and failure to fire. 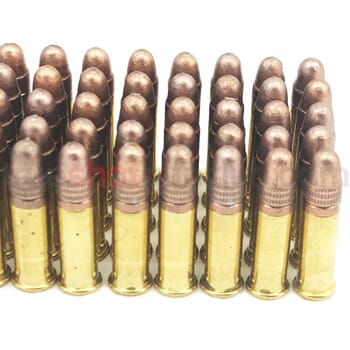 its short counterpart. 9 years after its introduction, a new iteration of the 22 came to market called the 22 Extra Long. The 22 Extra Long added velocity and upped the grain weight of the projectile from 30 grains to 40 grains. Shortly after, in 1887 the 22 Long Rifle as we know it today was introduced.

Since its introduction, the 22 Long Rifle is one of the most popular rounds on the market. Due to its inexpensive cost and low recoil, it has been used as a training round for militaries across the world as well as youth groups such as the Boy Scouts of America. Over the last decade, due to the popularity of the 22 rounds, several companies have come out with firearms chambered in 22 Long Rifle that match the size and feel of larger caliber firearms. An example of this is the Glock 44 chambered in 22 LR that has the same dimensions as the Glock 19 chambered in 9mm.

There are a few tests out that can determine if a caliber if suitable for self-defense. The original standard put out by the US military was penetration of a 7/8” think pine board. If the round penetrated all the way through the board, it was deemed suitable for self-defense. This has since changed to the FBI standard ballistic gel test. This test consists of firing a round at a block of ballistic gel that simulates tissue and 5 layers of denim. What this test is designed to show is the amount of penetration a round has and its effectiveness to stop a threat. To pass the FBI test a round has to penetrate 12” of gel.

Now where does 22 LR stack up with the FBI standard of testing? Remember, energy transfer is a big factor when it comes to penetration and passing this gel test. A standard velocity 22 LR is marketed as having a muzzle velocity of 1110 FPS (Feet Per Second) to 1200 FPS with a 40-grain projectile. This gives it around 131-foot pounds of energy at the muzzle. A high-velocity 36 grain projectile has a velocity between 1300 to 1400 FPS. This gives it 134–141-foot pounds of energy at the muzzle, or roughly 10% more than the 40-grain projectile. These figures come from a barrel length of 16”. Factor in that most conceal carry 22 LR guns have a barrel length of 2 ½ to 4” we will see a velocity drop of around 100-140 FPS. This also leads to a drop in muzzle energy.

With those figures in mind, let’s look at the average penetration of 22 LR per FBI standards. For this we are going to focus on a new round designed for self-defense; the 22 LR the Federal 22 LR Punch. This is a 29-grain projectile going at 1018 FPS to 1277 FPS out of a 2 ½ inch barrel and a 4-inch barrel respectively. The results are outstanding to say the least. 13.5” of penetration and 14.5” of penetration. If we are going off the standards put forth by the FBI they are passing. We do have to remember that this is one product of 22 LR and results will vary by brand and type of projectile.

This can give you a good baseline understanding to determine for yourself if 22 LR has enough stopping power. For me, the combination of bullet weight and velocity does not meet what I think will be the minimum for stopping a bigger threat. However, it does have enough power to get you dinner while out in the woods. That is where the 22 LR really stands out as a small game hunting round. But we are talking about self-defense so let us move on to the next topic at hand. Is 22 LR Reliable Enough for Self-Defense?

Early on I mentioned that the 22 LR developed from the 22 Rimfire. For those who may not know there are 2 types of ways that a cartridge is ignited to be fired. There is rimfire and centerfire. Centerfire is when the primer and impact sensitive material inside it is in the center of the cartridge. Unlike its centerfire counterpart, the 22 LR has the primer material around the rim or bottom of the cartridge. The case is then spun to send the material into the rim of the case. This is historically less reliable than centerfire primers but, like most things in life, there are tradeoffs.

Now part of reliability is not only the ammunition you are using but also the firearm it is being fed into. Over the past decade the reliability of semi-auto 22 LR pistols has greatly improved. This has a lot to do with the design of the magazine. It can be hard to design a 22 LR magazine because the ammunition is rimmed instead of semi-rimmed centerfire ammunition. This rim can cause is something called ‘rim lock’. This is when two cartridges’ rims catch on each other causing either the gun to jam due to a misfeed. If this happens, you need to do some manipulation to get the firearm running again. This potential issue can be avoided with a revolver and if you do have a misfire, you can pull the trigger again. But note, 22 LR revolvers normally have a heavier trigger compared to semi-auto pistols. To wrap this up, yes, 22 LR can be both reliable and unreliable. As long as you have the right gun and ammunition cooperating together you will get good results.

Now comes the fun part; making the decision if 22 LR good for self-defense? That really comes down the user.
Personally, I prefer a larger caliber for self-defense than a 22 Long Rifle. As for concealability, there are numerous offerings from just about every firearm manufacturer where one does not have to sacrifice capacity in a sub-compact firearm in a caliber such as 380 Auto or 9mm.

There have been times where I have carried a 22 LR while walking the dog and I have hunted small game this rimfire ammo. Do I think 22 long rifle it is the best option for self-defense? No. However, a well-placed 22, is always better than a misplaced 45 ACP (or any other round that you cannot accurately shoot). So ultimately, if you’re more comfortable and confident with a 22 long rifle than larger rounds with more felt recoil, by all means, disregard my opinion and stick with what you’re most comfortable with.

That said, all things being equal, a larger round such as 380 Auto, 9mm, 40 S&W, or 45 ACP, etc will always have more stopping power than a 22 Long Rifle round and be substantially more devastating to your threat.

Another point to consider is rounds on target. After looking at a lot of evidence, the largest determination to stopping a threat is the number of shots on target. Sure a 45 ACP has more stopping power than a 9mm round, but if you’re shooting a 1911 with 8 round capacity, versus a Glock 19 with a 15 round magazine, you’ve got more opportunities to dismantle your threat before your firearm becomes a glorified paperweight because you ran out of ammunition. As with any self-defense weapon, regardless of caliber, make sure you buy some good hollow point ammunition and never use ball ammo unless absolutely necessary. Hollow point ammunition creates more devastating results and will not go through as much sheet rock if you’re in your home so you decrease the chances of potential collateral damage if you miss your target.

I am a firm believer that the best gun for you is the one you can shoot best and feel comfortable carrying. A big part of self-defense is shot placement and accuracy. The firearms industry is full of opinions and options to choose from. It is ultimately your choice on what you use to defend yourself with. 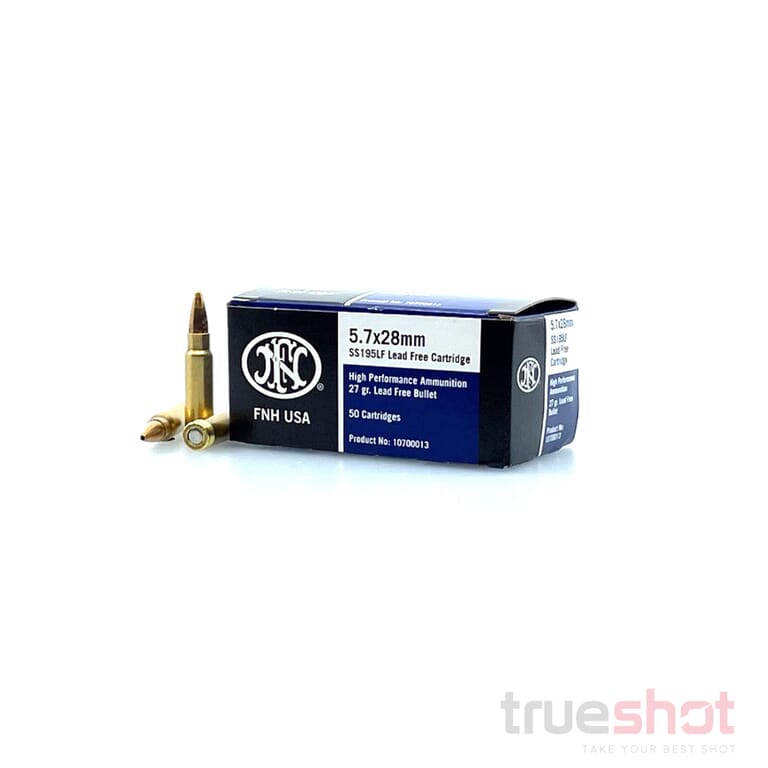